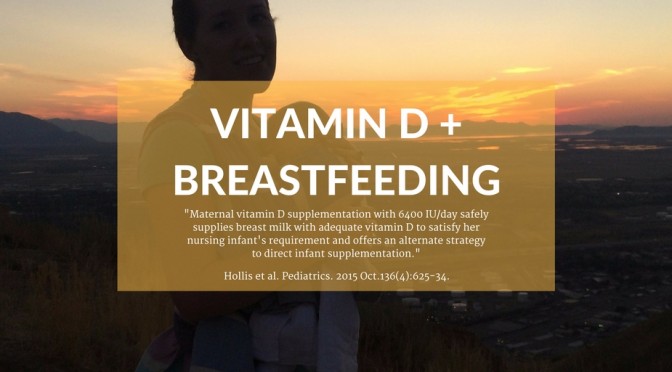 It has long been theorized that with enough Vitamin D supplementation for a breastfeeding mother, the amount needed for babies would pass through the mother’s milk. Now this theory is confirmed, via a double-blind randomized controlled trial, which ran from 2006 to 2014, and was published in 2015. Considering this information is incredibly new to the pediatric world, you may not hear about this from your pediatrician just yet, because